You are here: Home / Tips & Guide / How to Hold a Tennis Racket | Tennis Tips
As an Amazon Associate I earn from qualifying purchases.

In the article on how to hold a tennis racket, we discussed the most important thing to become a great tennis player.

Just about in any sport whether you are a serious athlete or just do it leisurely you’re going to have to put in the work to continuously improve your game.

Have you noticed how a professional golfer stands in front of the ball while trying to get the perfect stance and the right grip on his club?  Or how a baseball player holds the bat before he swings it toward the ball?

In tennis, how you hold the racket is the first and most important thing. You need to learn it if you want to become a good player. 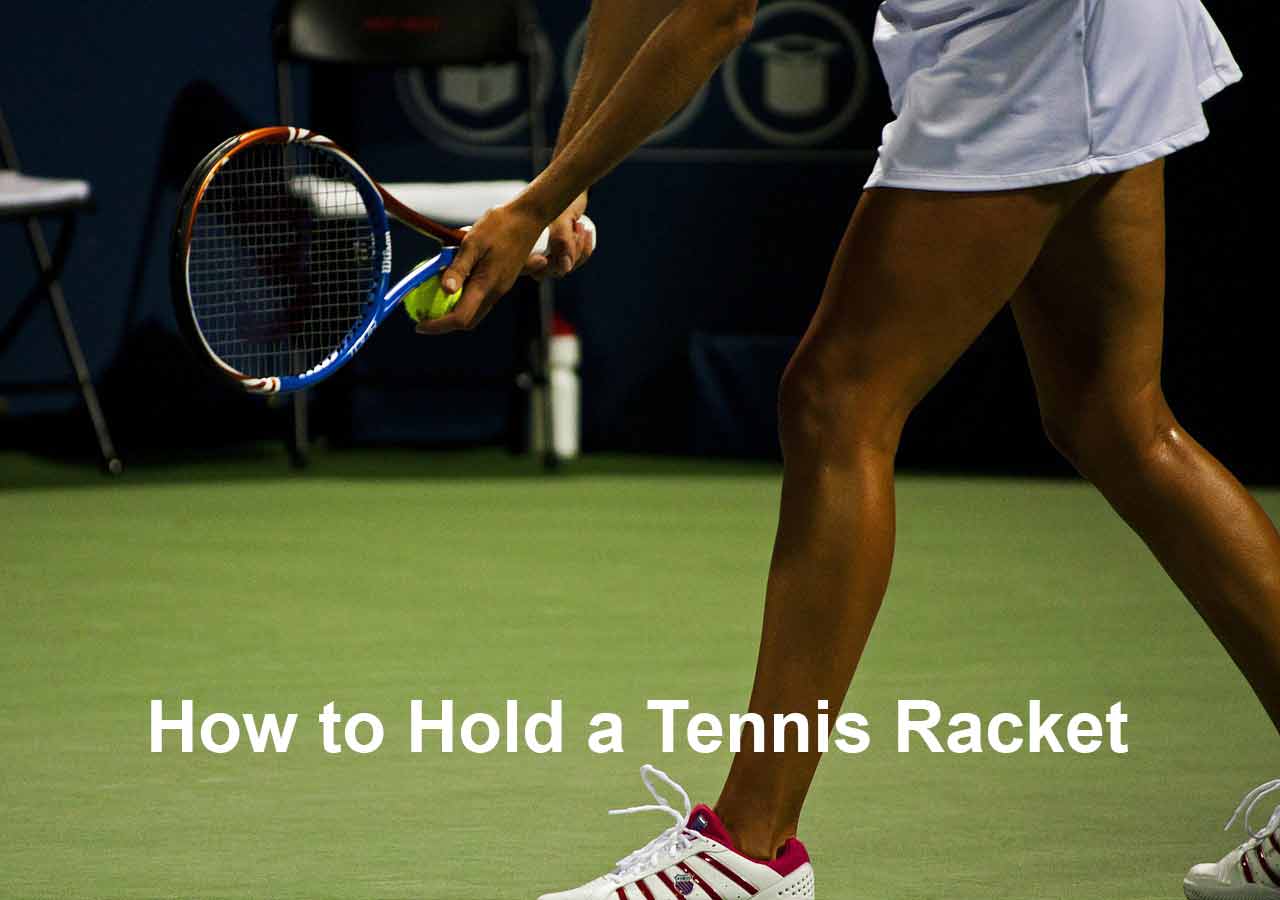 This is the one grip that you will use for the most amounts of shots anywhere from the slice, volleys, overheads, and serves.  This is the grip that you should become very comfortable with.  The Continental is a very neutral grip.  When you open your hand up from the grip, your palm is very much in line with the racket’s face.

To give you a better idea of where your hand should be positioned on the racket for all types of grip, you need to know about the bevel of the racket.

If you look at the bottom of your racket, you will notice that it has an octagon shape. Since the grip of the racket has eight sides.  Each side is called a bevel.  The bevel is our reference point so we need to assign a number on each bevel to get a precise reference to where our grip should be.

If you hold the racket on its side, the top bevel is bevel number 1.  But what about if you are a right-handed person? No worries, you just need to count the succeeding bevels from numbers 2 to 8 clockwise. Lefty? It’s the opposite side or counter-clockwise from bevel number 1.

You will know you have the right grip when your thumb and index finger form a “V” shape on the top of the handle.

The Continental grip is usually described as a “hammer grip” because of the position of the hand.  You’re going to use this grip for serves, volleys, overheads, and slices.  Now you should remember that in tennis, one of the most important strokes is the service and you cannot execute it effectively without applying the continental grip.

The Eastern grip is what you are going to use for both forehand and backhand strokes.  A lot of professional tournament tennis players prefer this when doing forehand shots.

In tennis, the forehand is a type of shot you do in the same way as in most racket sports such as badminton, or table tennis.  You execute it by swinging the racket across one’s body with the palm of the hand towards the ball.

From the Continental grip position wherein the knuckle of the index finger is at bevel number 2, you just move it to bevel number 3 and you’re already in an Eastern Forehand grip.  This grip is what Roger Federer uses to execute his forehand groundstrokes.  And even Pete Sampras, another all-time tennis great favored this particular grip.

Shots using this grip ideally are made at waist level where power is generated from the hips. 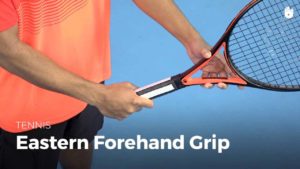 While you need to make slight variations on the exact position of the hand for the Eastern backhand grip, the index finger knuckle on bevel number 1 is the recognized position.  Your knuckles should line up in a straight position on 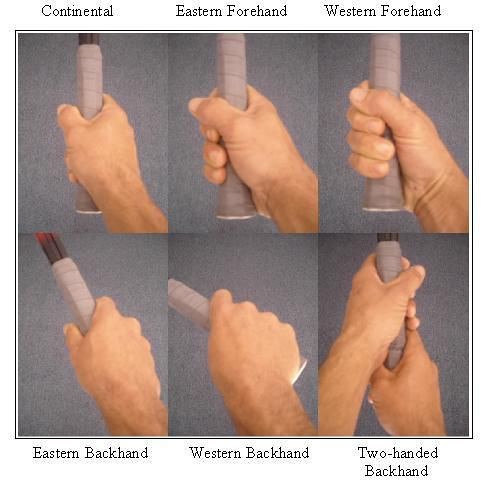 So when you hold your tennis racket in the Eastern backhand grip, it would look like you are making a fist towards the ball.  Or another similar description is the way you grip a handlebar of a bike.  However, there is a lot of wiggle room with this grip and some prefer the knuckle of the index finger on bevel number 2.  Others prefer to slightly fan the hand in such a way that it doesn’t’ look dead straight across.

As long as the knuckle is either in bevel 1 or 2 positions, this would be considered as an Eastern backhand grip.  If you are a beginner, you should try which one suits your style of play as there is no one-size-fits-all when it comes to most of the handgrips in tennis.

The backhand shot in tennis is made by swinging the racquet coming from the left side of your body (if you’re a right-hand player). Of course, that’s with the back of the hand facing towards the ball.

While a lot of professional tennis players use the Eastern grip for their forehand groundstrokes. The Semi-Western Grip is undoubtedly the most popular grip that most tennis players prefer.  Whether an amateur or a professional player, this grip is used especially in doing a top-spin with lots of power.

A topspin is when you describe the forward rotation of the tennis ball.  Since the net is at the center of the court, a topspin gives you room for error in executing his shots. Topspin brings your shots down toward the ground quicker. So players can hit the ball higher over the net towards the opponent’s side.

For you to execute the Semi-Western grip, the knuckle of your index finger and the heel of your palm should be both in the bevel number 4 position.  Since topspin is created by your accelerated upward motion towards the ball, this position wherein the hand is basically underneath the handle allows for easier acceleration.

the lack of consistency.  It’s also the hardest grip to transition to another grip.  A player’s ability to change grips during gameplay is crucial to allow flexibility in doing different strokes.

The full Western grip is when your index finger knuckles and heel palm is in the 5th bevel of the racket.  Most professional players nowadays shun this grip because of how it restricts the movement when doing a forehand.

But there are still professional players who use this grip as it enables them to create incredible topspin with shoulder-length shots.

Holding a tennis racket with the correct grip is very important especially for beginners who want to excel in the game.  Bad form leads to bad habits which is harder to correct later on.  That is why in most racket sports, this is the first fundamental technique that is you should learn.

Coaches will make sure that their players learn and apply these grips before they are taught the other fundamentals.  This is just as important as your footwork and proper stance.

Once you become familiar with how to hold a tennis racket correctly, it will soon become second nature for you, and changing from one grip to another will be automatic.

The best way that you will learn is always through consistent practice.  It may be hard at first especially if it’s your first time holding a tennis racket. The next time you watch a professional game of tennis, observe attentively. All the professional and seasoned tennis players started by knowing the basics too and worked their way up.

And now that you know how to hold a tennis racket properly, you will be amazed at how easy it is to do once you get the hang of it.

Good luck with your tennis journey!